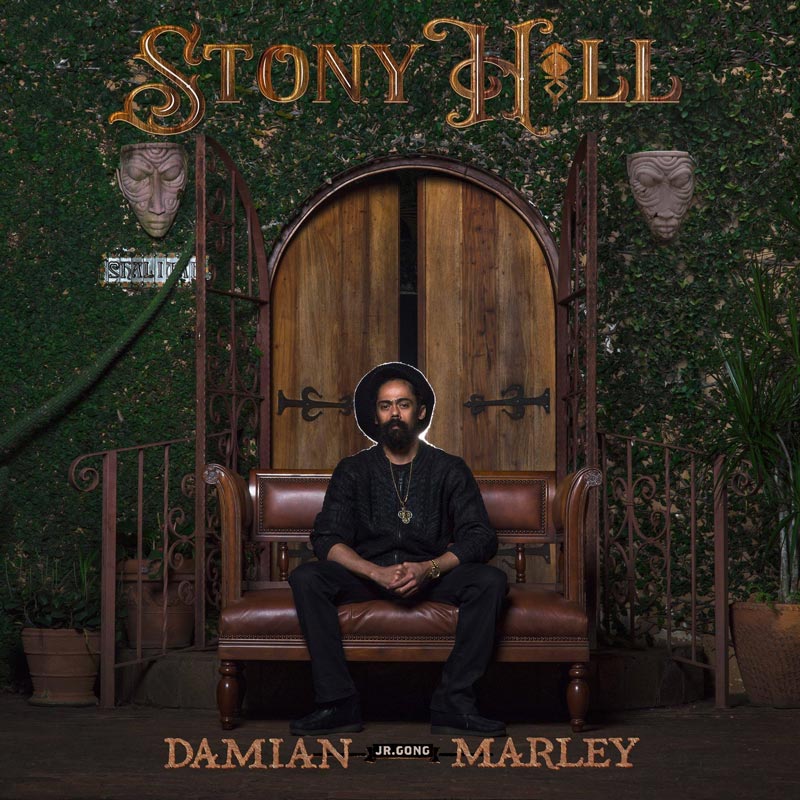 As some of you may know, I will finally be going on the Welcome To Jamrock Reggae Cruise this year (December 1st to 6th, 2018). I will be lucky enough to be joined by some family and friends, and there has been a request to highlight some of the artists that will be on the cruise this year. I would be remiss if I did not start with the man responsible for the existence of the cruise in the first place, Mr. Damian “Junior Gong” Marley. Damian is the youngest son of Bob and former Miss World winner Cindy Breakspeare, and inherits his nickname from his father, who was known the “Tuff Gong”. I recently read Origin by Dan Brown, so if everyone will indulge me for a moment, I’d like to do my best impression of Robert Langdon and give a brief history lesson. At first glance, one may assume that the nickname “Gong” comes from the musical instrument, and while that may seem fitting for a musician of Bob’s stature, it has another meaning. Bob’s nickname actually comes from a man named Leonard Howell, who was known as “The Gong” by his followers. Leonard Howell is a very important historical figure and is known as The First Rasta. He began preaching the precepts of the Rastafari faith in 1933, and his early work was published under the name G.G. Maragh. The initials G.G. stood for Gangunguru which he adopted as his spiritual name. Gangunguru is a concatenation of three Hindi words, “gyan” meaning wisdom, “gun” meaning virtue, and “guru” meaning teacher. It was shortened by his followers until he became affectionately known as “The Gong”. The Hindi origin seems apropos given that Rastafari has a healthy dose of eastern mysticism built in.

Now, back to our regularly scheduled program 🙂 This past summer, the album that reggae fans around the world had been waiting for was finally released in July. Damian Marley’s much anticipated “Stony Hill” album, which had been delayed many times over the last few years, rewarded the patience of fans of Gongzilla (when you are reggae royalty, you are allowed more than one nickname). The album opens with a real banger called “Here We Go”, and it has become my favourite track on the album.

One of the reasons I love this track so much is because of the sample used from Dennis Brown’s “Here I Come Again” which is a classic roots tune:

Damian uses samples and interpolations so well in his music to pay tribute to foundational reggae artists. It’s really easy to have a track get overshadowed by the sample that is being used to the point where the new track can’t establish it’s own identity. I feel like Damian’s use of them almost always feel seamless, and never forced. These are tough things to balance, and in my opinion is part of what makes him one of the greats. He is so great, he can even get away with covering his own songs! The chorus of this track mirrors the chorus from “The Maser Has Come Back” from the the “Welcome To Jamrock” album:

The next track on the album is “Nail Pon Cross” which was released as a single over a year ago. It is one of the few tracks that was blessed with a music video, although it’s not one of my favorites:

The third track is another heavy hitter called “R.O.A.R” which had an exclusive debut on David Rodigan’s BBC 1Xtra show a few months before the album dropped. The music video for this one is one of his better efforts in my opinion:

Here again, Damian uses a very cleverly disguised sample from Buju Banton’s “Me and Unno” in the chorus:

The next tune called “Medication” features Stephen Marley, and like most of the tracks they do together, this one is bound to become a classic in their catalogue. The song sings the praises of the herb, and the video was actually shot in an old California prison that was bought by the Marleys and turned into a legal grow-op:

After this song, Damian changes gears a bit, and waxes philosphical on “Time Travel”. This is by far one of the darkest tracks on the album. While it may not be everyone’s cup of tea, the lyrics and message are on point, and it ranks high on my list of favoured tracks on the album.

In case the last track got you down though, Damian is ready to lift you back up with the positive vibes of “Living It Up”. This track is great party tune that celebrates the rise of Damian’s father out of the tenement yards of Trenchtown:

The pace gets slowed down for the next track “Looks Are Deceiving”, which is a track that I slept on in my early listens to the album. The song recounts an imaginary conversation between Damian and an angel, and I consider it one of the most lyrically potent tracks on the album, even though it doesn’t really have many lines.

The chill vibes carry over to “The Struggle Discontinues”, which is a track I have not quite come to terms with. Sonically, it’s great, but I have difficulty processing it lyrically. I understand the point that Damian is trying to make with this track, and agree that a positive mindset is required to deal with the troubles in life. But to say you don’t want to sing about the struggle continuing, because that makes it manifest, doesn’t sit well with me.

“Autumn Leaves” is a slow jam in which Damian really stretches his vocal cords, but as it stands now, this is probably my least favourite track on the album.

The song reminds me a bit of “Affairs Of The Heart”, which I didn’t like at first, but grew to love, so there is still hope 🙂

After this track comes “Everybody Wants To Be Somebody”, which shakes you awake again with a driving, four-on-the-floor beat.

While I don’t listen to much dancehall reggae anymore, I really love the innovative production on the next track called “Upholstery” which features Major Myjah who is the son of the legendary Bounty Killer. Solid party track.

In my opinion, the most radio-friendly track of the album is another Damian and Stephen combination called “Grown & Sexy”. It has that certain pop quality to it which I think would lend itself to being a crossover hit, but the album was released in July, so if it hasn’t happened by now, it probably never will, which makes my thoughts on it irrelevant I suppose 🙂

The track “Picture Pefect” is a bit of a cheat as it was released on Stephen Marley’s album the year before Stony Hill came out. On that album, it was Stephen Marley featuring Damian Marley, and on this one, it’s Damian featuring Stephen. I’m sure the brothers don’t care about the writing credits or revenue for the track, but from a business perspective I wonder how this was handled, and from a creative perspective, how this ended up on both of their albums.

I haven’t listened to the remaining tracks on the album with any regularity, with the exception of “Caution” which was another single released last year. This track is interesting because it was completely redone for the album. I posted about the original version on TickuTalk when it came out, but it’s been removed from SoundCloud so I can’t remember exactly what it sounded like, but it was definitely different. My cousin suggested that the changes made to this track made it sound like it would play better in a live setting, which I agreed with, so maybe this is one to watch out for on the cruise.

One of things I’ve found with this album is that I’m rarely in the mood to listen to it from beginning to end. There is not a lot of continuity in terms of the style/mood of the tracks, which can sometimes make listening to the entire album feel a bit jarring. That’s not necessarily a bad thing, as the variety of tracks makes it a versatile album, almost like a musical Swiss army knife. For every occasion or mood, there is a track for you on this album, you just have to find it. So enjoy the search! Searching is an activity that we have come to expect happens instantaneously in this day and age, but in this type of search, the journey is half the fun.