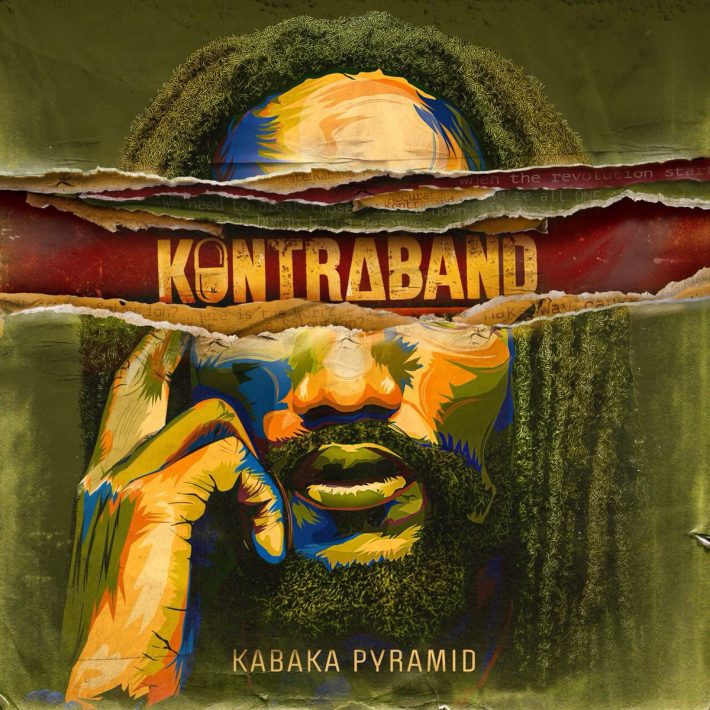 To paraphrase the lyrics of the Born Jamericans (albeit borrowed from Eric B. and Rakim), it’s been a long time, since I’ve left you, without a strong reggae beat to step to! TickuTalk has been on a bit of a hiatus the last little while, but life has been busy! This post has been in the works for months and is a bit outdated now, but here it is nonetheless. The eagerly awaited debut album from Kabaka Pyramid finally dropped on May 25th, and it’s been on constant rotation for me since then. Although a number of singles from the album were released in the year leading up to the album release, it didn’t dampen my enthusiasm in any way. With a plentiful 16 tracks, the older singles blend in quite well, giving them new life. The first track is called “Make Way” and features Pressure Busspipe who is a reggae artist from the Virgin Islands. It’s a really strong opening track, and it does in fact sonically make way for what you are about to hear for the rest of the album: tight lyrics, well produced beats, and great artist features. While the majority of the album is produced by Damian Marley, this particular track was produced by Protoje (who recently dropped his “Matter of Time” album). I think this speaks volumes about Protoje’s growth as a producer and his friendship with Kabaka. The first track is so important in setting the mood, style and direction of the album, and to entrust this track to someone other than primary producer on the album is bold. In this case, the risk pays off brilliantly. Pressure’s expressive and almost exasperated voice on the chorus gives the track an edge that contrasts nicely with Kabaka’s controlled delivery. The overall message in the song is about how the Rastafari way of life can change the world for the better, and it’s hard to argue with Kabaka’s logic. Almost every track on this album has a pretty great or memorable verse, and my favourite and perhaps most poignant one from this album is below:

“Some things you cannot run from, like energy consumption,
non-renewable energy in every area of production,
the climate in dysfunction, volcanic eruptions,
earthquakes and tsunamis cause catastrophic destruction,
the people inna crisis, blaming it on ISIS,
terrorism funded by the same ones who a fight it,
the Russians and the Chinese, the statesmen not united,
World War 3, and everybody is invited!”

Anyone would be hard pressed to come up with a better summation of the current zeitgeist.

The second track called “My Time” is about the hard work and sacrifices Kabaka (born Keron Salmon) has had to put in to make it this far. I would have been equally happy to see this song as the opening track. As someone who has been closely watching Kabaka’s career since he dropped “The Lyricist” mixtape back in 2014, I’m thrilled to see him reach this milestone. He has had many EPs and mixtapes over the years, and to get to the point of releasing a full length debut album is wonderful.

Next up is the title track for the album, which features Damian Marley. This tune is a legitimate banger, with great beats and lyrics. The most surprising thing about this song however is that in the very first line of the first verse, Damian drops an F bomb. I may be wrong, but I’m fairly certain that is the first time he has ever done that in his long and illustrious career. I watched an interview with Damian a few months ago where he explained that it was something that just came out of the excitement of the moment while recording with Kabaka. Normally, I don’t like swearing in songs, but in this case, working on a track with Damian that inspires him to drop an F bomb is just about the highest compliment that could be paid to any artist.

The fourth track called “Can’t Breathe” was released as a single last year, and was packaged into this album. It’s got a powerful music video to go along with it, which opens with the chilling audio clip recorded during the 2014 murder of Eric Garner by the NYPD.

Another older single called “Well Done” was included in the album too. I feel like putting this on the album was cheating a bit as it was released way back in 2015, but it was produced by Damian Marley which is probably why it was included in this album as it was probably their first time collaborating on a track. This track is sarcastic pat on the back for Jamaican politicians, and also has a lyrics video:

The sixth track called “Reggae Music” is one of my favourites on the album. It’s a love song dedicated to the genre itself, and it ranks up there with my favourites among songs of this vein such as Etana’s “Reggae” and Blessed’s “Reggae Time”. This album review is so late in fact, that a music video for this song just dropped a few days ago:

Next is a song called “Kaught Up” which isn’t one of my favourites, but I do rate this track because he does shout out former Toronto Raptors all-star DeMar DeRozan in the chorus. As a Toronto native, it’s nice to see one of your own recognized by an international artist.

While the last tune was a bit soft, Kabaka comes back hard with a tough track called “Lyrics Deity” where he really showcases his skills. Kabaka’s strength has always been his impressive lyrical prowess, and I have no doubt that had he been born in the United States as opposed to Jamaica, he would be an accomplished hip hop artist. In this hypothetical universe where Kabaka is a rapper, I imagine him being quite similar to Canibus who was a conscious rapper with an extraordinary vocabulary and very much ahead of his time. Rather than putting a link to the album version of the track, I’m putting a version he did with DUB FX in which he also demonstrates his freestyle ability.

After this is another highly political track called “Borders” featuring Ghanian reggae artist named Stonebwoy. It’s an appeal to humanity to ignore the artificial constructs of our nations borders and look after each other. The video can be heart-wrenching and difficult to watch, but it’s a poignant reminder of the times we live in right now.

Along the same lines, the next song also deals with issues of poverty in Africa, and features Akon. I haven’t heard any Akon songs in so long, that I assumed his musical career was over. I remember hearing years ago that he was doing some charitable/philanthropic work in Africa, but a quick search of his Wikipedia page showed that he does still sporadically feature on some tracks here and there. Akon also apparently owns a diamond mine in Africa, I guess that’s why he doesn’t need to record his own music anymore 🙂

“Meaning of Life” is a very insightful track, and I think the most interesting aspect is that Kabaka very explicitly spells out his belief in the concept of reincarnation. The reason I find this fascinating is that the Rastafarian belief system is still based on an interpretation of the Bible, and to my knowledge Christians generally do not accept the idea of reincarnation. Of course, belief in reincarnation is most prevalent in Eastern religions like Hinduism, Buddhism, and Sikhism. There has always been a very healthy intersection of Rastafarian beliefs and Eastern mysticism, so I’m not surprised that these ideas would be compatible. This connection is sometimes alluded to in other reggae songs, but it seems to vary from artist to artist which makes me wonder if this is a universally accepted belief in the Rastafarian community, or if Kabaka is an outlier.

The next track features Protoje, and these two together on a track is always good news. I’m a big fan of their collaborations, and this is their fourth one to my knowledge:

This album goes from strength to strength and follows up the last track with yet another great collaboration with Chronixx. This is a super underated song, and one of my favourites from the album. Kabaka delivers a history lesson with a commanding cadence which contrasts the beautiful falsetto of Chronixx. The space in between them is filled with a great soundscape that gives this track a very ethereal quality. Many, many pull-ups and rewinds were required after I first heard this massive tune.

If it was up to me, I would have just ended the album with the last track. There is honestly no way to top that sonic expedition, but this album has an embarrassment of riches with 16 tracks in total. The last three are softer love songs, and while I do like them, I don’t listen to them as often as the rest of the album. Overall, this is definitely one of the best reggae albums in the last few years, and even though it contains a few previously release singles, you don’t feel cheated at all because of the number of tracks included. Hope everyone gives it a listen and enjoys!