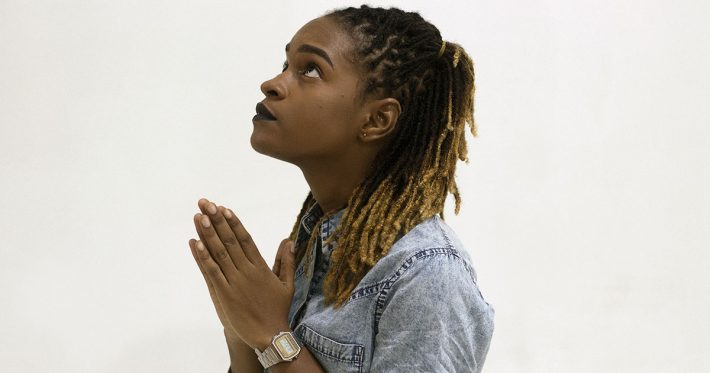 One of the benefits of following some your favourite reggae artistes on social media is that you often get an early glimpse into the future of the music. Such was the case with Koffee, born Mikayla Victoria Simpson. At the very end of 2018, I saw Chronixx retweet the following message which contained a link to Koffee’s breakout hit called “Toast”.

Needless to say, I was intrigued and decided to give it a listen. It turned out to indeed be a fantastic track to ring in the new year with. It’s cheerfully upbeat, and although the instrumentals could easily have been co-opted for a Drake or Rihanna track, it remains distinctly Jamaican thanks to Koffee’s vocals. It has a low budget but playful video featuring cameos by Protoje and Chronixx, who are both name dropped in the song.

Since that time, the song really blew up and became a staple at reggae clubs and parties everywhere. I even recently heard it on a terrestrial FM radio station a few weeks ago here in Toronto, which is amazing progress for such a young artist (I believe at the time of recording “Toast”, Koffee was only 18 years old).

It’s exceedingly rare to see a track from an unknown 18 year old explode like it has, so I wanted to know a little more about how she arrived on the scene. It seems like the track that originally propelled her meteoric rise was this song called “Legend” which is a touching tribute to the one and only Usain St Leo Bolt.

Bolt is a global superstar, and universally loved by all who know him. But from this track, you get a sense of how much more he means to Jamaicans than he possibly could to the rest of the world. He represents the best of them, and does it with grace and class on the world stage. He is a living legend, second only to Bob Marley in terms of globally recognized Jamaicans. When Koffee put all her formidable musical talents on display here (guitar playing, singing, and songwriting), it became obvious that she was due for bigger and better things. And better did come, in the form of her debut EP called “Rapture”.

Fortunately the EP was released on vinyl, and all pre-orders were autographed by Koffee which was a nice gift to her burgeoning fan base. I received my copy last week, and for a few days debated whether I should leave it sealed or not. Ultimately, I decided to open it as the temptation was too great.

I am very glad I did open it, because the record sleeve had all the song lyrics and credits written on it. Although I listen to a lot of reggae, I still occasionally have trouble understanding all the lyrics, so including them is always appreciated. I find this is especially true of new reggae artists since it takes time to train my ear to their particular style. Those of you who did not purchase the vinyl though are in luck as I took the liberty of taking photos of the individual song lyrics.

On digital streaming platforms, the first song is the title track of the album. However, on the vinyl, the title track of the EP is actually the first track on the B side which I found odd. I’m guessing it probably had something to do with the length of the tracks and getting them to fit on the vinyl. Normally this would not be a problem for a 5 track EP, however this is a 45rpm record which gives it the benefit of higher fidelity than a 33rpm LP. This was a pleasant surprise, as 12″ 45rpm records are rare because their run times are much shorter.

The song “Rapture” opens with a bone crushing bass line and has a super catchy hook. I love the line “place lift up like helicopter, when dem see di lyrics contractor”, as it conjures imagery of an elite lyrical commando on a mission. But maybe that’s just me watching too many war movies. Either way, I love her flow on this track, and it’s a great opening effort for the EP.

The second (and final) track on the B-side is her smash hit “Toast” for which you can find the lyrics below. Also of note is that this track was produced by Walshy Fire of Major Lazer fame.

The first track on Side A is “Blazin” which features Jane Macgizmo. If the name sounds familiar, it’s probably because you read about her here on TickuTalk! One of the things I really liked about this track was that it’s by a female reggae artist and features another female reggae artist, which is not very common. There are lots of reggae tracks by females that feature male artists (or vice versa), which I usually enjoy because of the contrasting vocals (both in terms of pitch and styles). “Blazin” gives you that same level of contrast, but with two female artists which is a nice twist. Jane Macgizmo carries the chorus beautifully, while Koffee chants down Babylon with her militaristic delivery.

On “Throne”, Koffee goes deep into her bag of tricks and demonstrates incredible control and delivery while switching up the patterns in her verses. I was intrigued by one of the lines in the chorus “Inna mi zone, alto to baritone” where she is boasting about her vocal range. Alto is short for contralto which I thought was the lowest female vocal range, so it had me wondering if there was such a thing as a female baritone. When I went down the proverbial rabbit hole as I am wont to do when time permits, I came across only one, which makes be believe it is a rare gift. Her name was HallbjÃ¶rg BjarnadÃ³ttir, she was born in 1915 and hailed from Iceland. She had an incredible vocal range from soprano all the way down to baritone (apparently calling a female singer a baritone is considered derogatory, and instead the term contralto profoundo is used for women). So while I think Koffee was exaggerating a bit about her range, it was an interesting brag which led to this odd factoid and video:

There is also a music video for “Throne” which is shot in a similar visual style to her video for “Toast”. I didn’t notice credits in either video, so can’t tell if it’s the same director or not, but I wouldn’t be surprised if it was.

The last track is called “Ragamuffin” where Koffee rides a modified version of the the classic “Real Rock” riddim. This was probably my least favourite track on the album initially, but it has grown on me over time.

Also, while searching for the “Ragamuffin” track on YouTube to post in this article, the second hit was a BBC 1Xtra session done back in February 2018 with Chronixx and Koffee. I’ve seen most of the BBC 1Xtra session done over the last few years, but I must have missed this one somehow. This version was recorded at Tuff Gong studios, and the song is much more enjoyable on this classic version of the riddim with a live band.

Koffee clearly has a bright future in reggae, and I’m really looking forward to seeing her grow as an artist. She is officially on the lineup for the 2019 Welcome To Jamrock Reggae Cruise which is being headlined by Buju Banton this year, so she will definitely be winning over some new fans on that stage. I hope you all enjoyed this introduction to Koffee on TickuTalk!