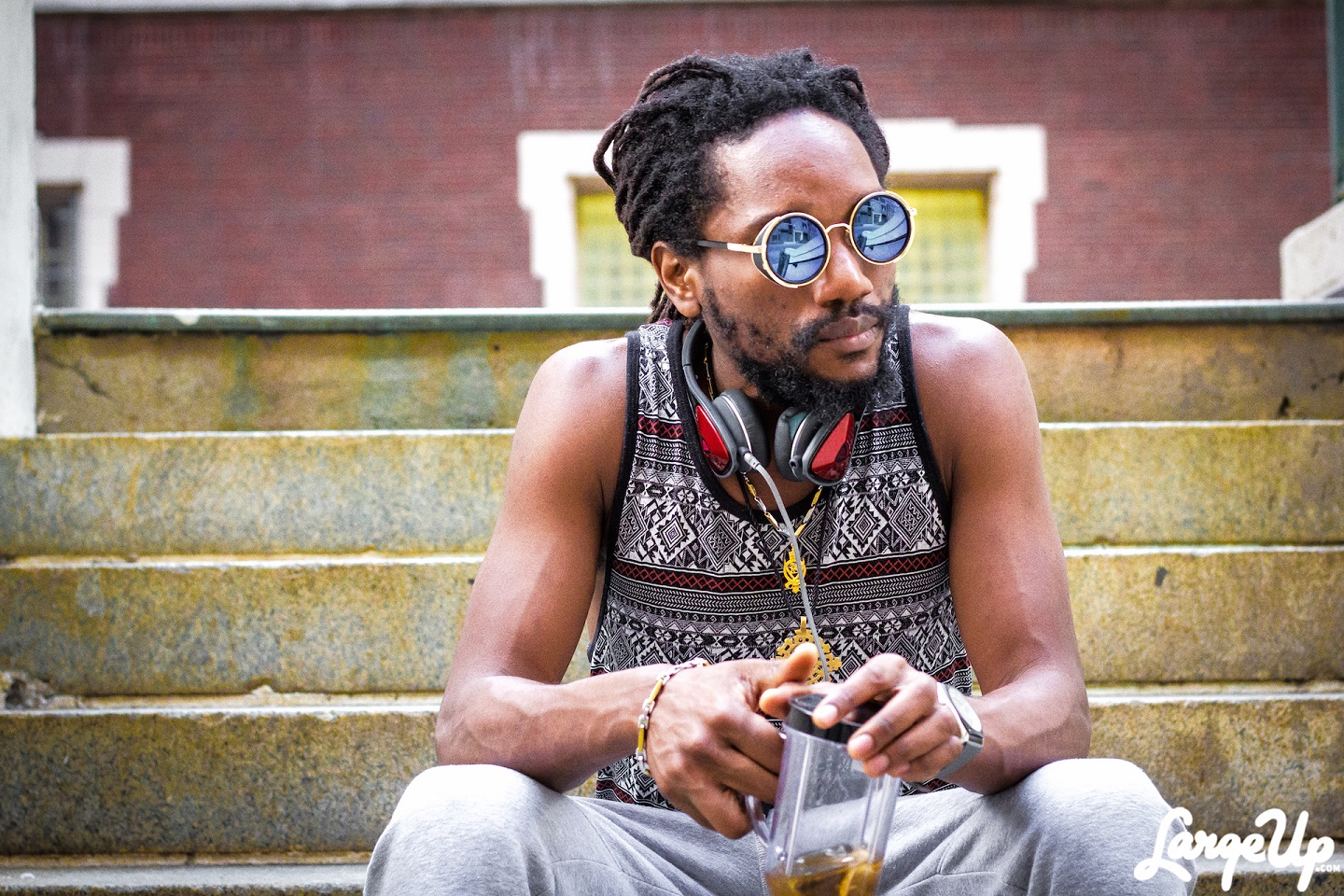 Ok kids, here we go with the second artist spotlight for the Welcome to Jamrock Reggae Cruise (which just sold out in less than two months!). The Reggae Revival movement consists of many artists, but the most established ones, which I call the “Big Five” are Chronixx, Protoje, Kabaka Pyramid, Jah9 and Jesse Royal (so far, 4 out of 5 have signed on to the cruise which is very exciting!). Out of these Big Five, Kabaka Pyramid will likely have the most appeal to fans of hip hop as he is the most lyrically gifted of the group. For a quick sample of his skills, check out this freestyle he did on BBC 1Xtra last year:

Back in 2016, Kabaka released an awesome mixtape produced by Walshy Fire of Major Lazer. It’s about an hour long, and it features a lot his songs over hip hop beats. There is one track on this mixtape that is required listening for any fan of hip hop or reggae which starts at the 16:15 mark.

At the end of the track, you realize that he was actually in a rap battle with himself, which I thought was awesome. The best part was that the first time through, I didn’t even suspect it, and only clued in on the last verse. The track was later released as a single called “Kabaka Vs. Pyramid” and you can see the video below. The only problem with consuming it in this way, is the element of surprise is gone as you know that he battling against himself.

In addition to being the most lyrically gifted of his cohort, Kabaka’s songs are probably the most politically charged as well. While everyone that is part of the Reggae Revival is to some extent a revolutionary, Kabaka takes it to another level as evidenced by his most recent string of singles.

This track called “Borders” just dropped a few days ago:

And the year before that was a track called “Well Done” which dripped with sarcasm, and was a direct attack on the Jamaican political establishment:

To get a good sampling of some of Kabaka’s older material, there is another really good mixtape that was made a few years ago, appropriately named “The Lyricist”:

There are a few tracks from the above mixtape that are worth highlighting because they feature Chronixx, which means there is a good chance we will get to see them perform them together on stage during the cruise. My favourite collaboration between them is called “Ghetto Blues”:

Another tune which was a big hit for the pair was “Mi Alright”:

Last but not least was the hard hitting “Lyrical Anomaly” where both artist flex their rhyming muscles:

Well, that’s it for the Kabaka Pyramid spotlight. Next up will be spotlights for the remaining Reggae Revival artists, and once those are done, I will move on to some of the other great artists that are lined up for this fantastic event!