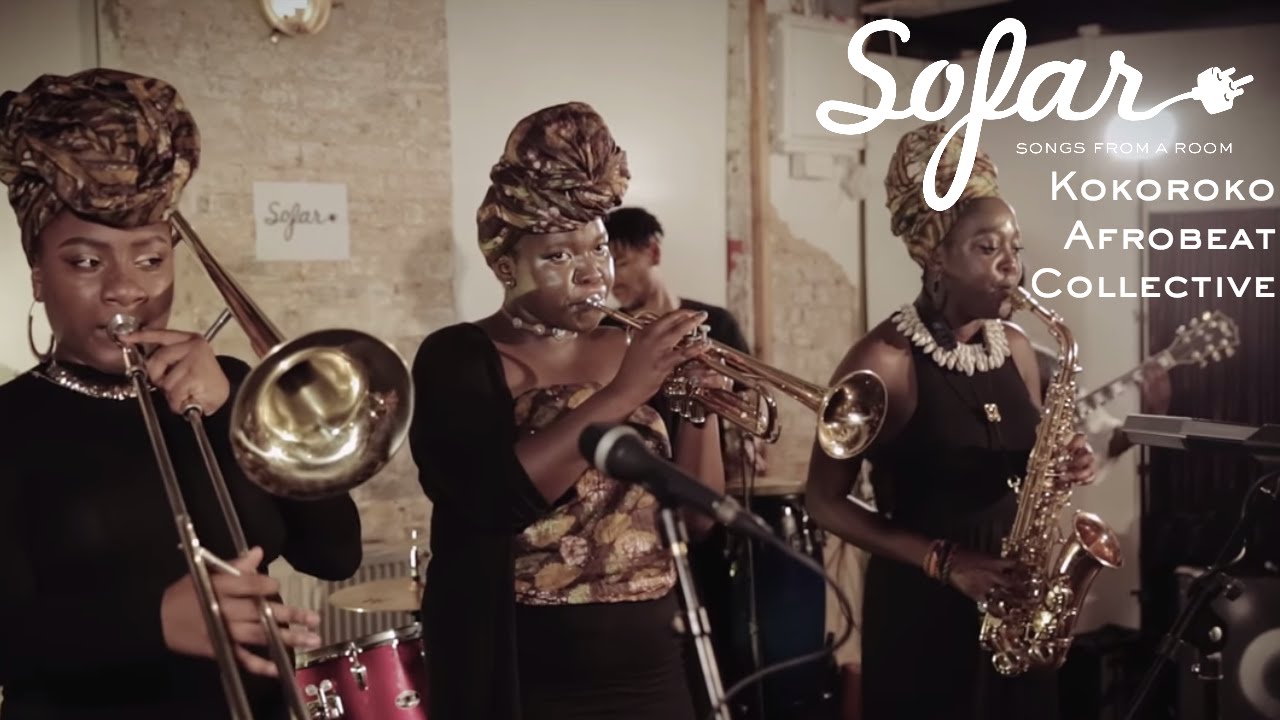 In my last post, I introduced the concept behind Sofar Sounds, and that is where I discovered this gem of a performance by the Kokoroko Afrobeat Collective. Afrobeat is a genre that originated in the 1970’s and it is blend of West African music along with soul, funk, and jazz. The term was coined by the famed Nigerian multi-instrumentalist Fela Kuti, as he was a pioneer of the genre. Afrobeat is a genre that I have long been familiar with, although I haven’t always known what it was called. Here in North America, we are surprisingly ignorant about international genres, and tend to lump anything foreign under the indeterminate label of “world music”.

Having said all that, if this is your introduction to Afrobeat, I’m sure this performance will have you clamoring for more. To me, the most striking thing about this video is the sight of three women of colour, front and centre, playing the lead horns. It’s not something you see very often, and I think it’s awesome. It’s certainly no gimmick either, as these women are supremely talented. The song starts with a really nice intro by the sax player, followed by soulful solo from the trumpet player. I have a special place in my heart for the trumpet as that is the instrument I played throughout high school, which may be why I particularly enjoyed the trumpet solo. It felt like the woman playing the trumpet was having a conversation with me, while my replies to her consisted of silent nods of the head. The lead guitarist is no slouch either, and his solo almost steals the show. You know the horns are going to come back in at some point while he ratchets up the intensity during his solo, but you aren’t quite sure when, and the anticipation is thrilling.

I haven’t been able to find music from this group anywhere other than YouTube, which has a bunch of live performances. I would love to see them put out a full length album at some point, as I am really digging their sound.